In Enrique Gomez De Molina’s hands, animals become chimeras—multiple animals blended into one fantasy, nightmare creature. His taxidermied beasts are at once weird and wonderful, absorbing and off-putting. “I guess I like to play God, “ he laughs in a Thrillist interview. Two swan heads share a goat’s body. A nasty little crab/rodent sneers at the camera. Bird’s bills and fur, antlers and insects join seamlessly to make creatures that defy nature. Gomez De Molina says of his strange menagerie:

“The impossibility of my sculpture brings me both joy and sadness at the same time. The joy comes from seeing and experiencing the Fantasy of the work but that is coupled with the sadness of the fact that we are destroying all of these beautiful things.”

Ironically, Gomez De Molina may be indirectly contributing to that destruction himself. Arrested for illegally importing animal parts, he pled guilty in 2012 and received 20 months in federal prison for trafficking in endangered and protected wildlife. Though he declares the best of intentions for his actions—bringing attention to the plight of endangered animals—his purchases certainly created a deathly supply for his demand. Why take such a risk? His taxidermied chimeras sold for up to $80,000 before his arrest.

Gomez De Molina’s side is that he wants “to bring awareness to the danger faced by a multitude of species: nuclear and chemical waste, overdevelopment, and destruction of rainforests.” U.S. Attorney Wifredo A. Ferrer doesn’t see it that way.

It remains to be seen whether Gomez De Molina will return to art now that his exotic art supplies have been confiscated. 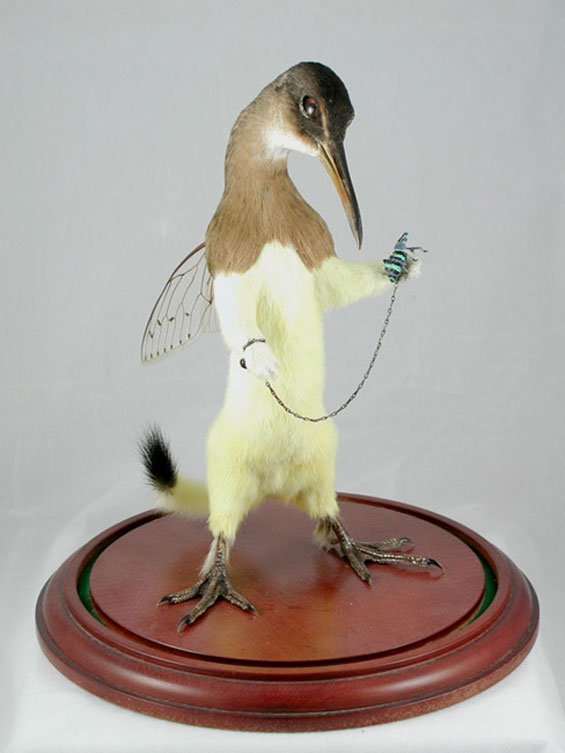 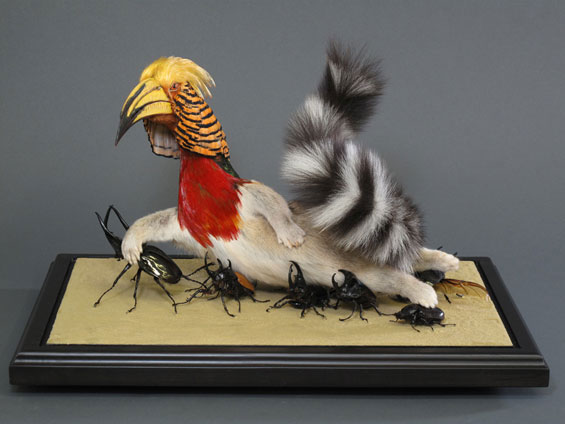 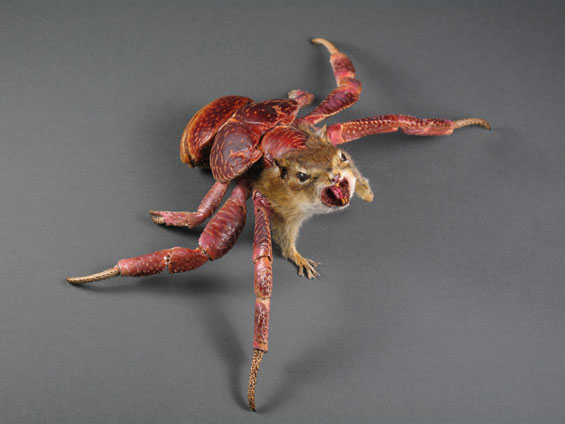